So it’s pretty much a given that decorating the tree requires wine and Christmas songs (check out my top ten festive tunes). Wrapping presents, on the other hand, requires a stash of Christmas movies and a humongous tub of Quality Street to go with the wine which is non-negotiable (and probably the reason the tenth Christmas present never looks quite as pristine as the first).  Now I’m about to make an announcement that I realise many of you may consider to be sacrilege…I don’t like ELF! I know I am in the minority but I just can’t bear to watch Will Ferrell so it was never going to be a winner in the Rhoades household. That bombshell aside I’m not overly fussy when it comes to Christmas movies…of course, I have my favourites but I’ll happily watch pretty much anything that’s Christmas- related…I even own ‘Jingle All The Way’ on DVD (yep that’s the one with Arnie dressed as Turboman) so you see my standards are not particularly high within this genre. Heres what made my top five Christmas movies… 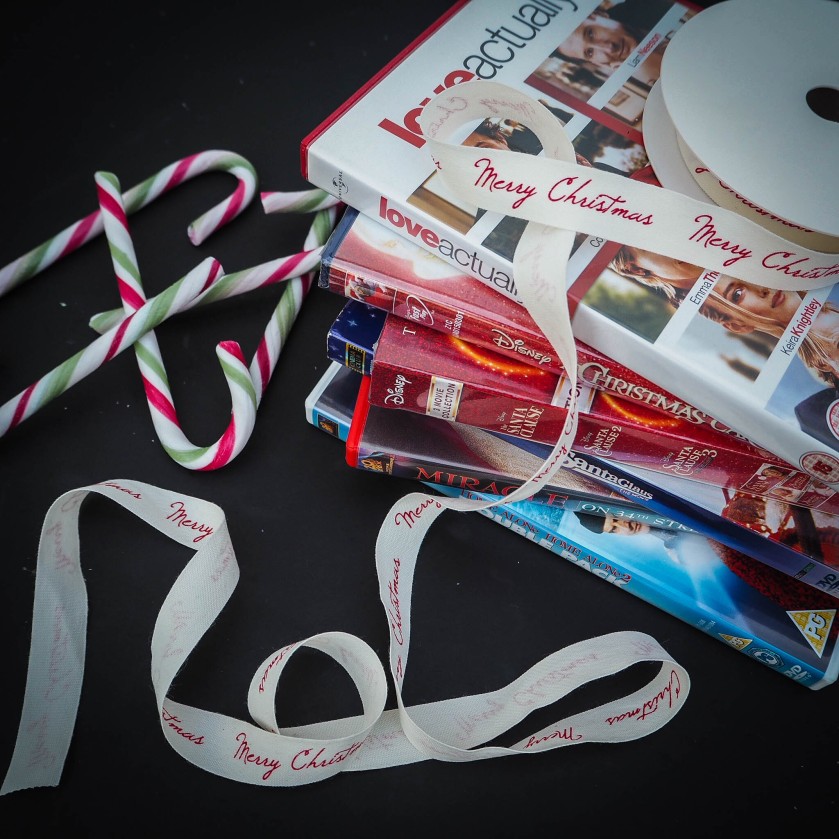 Arthur Christmas has been my favourite Christmas film for the past, I would say five years. It tells the story of Arthur – Santas second son who takes it upon himself to deliver a present to a little girl whos been missed! The whole concept is so clever and offers a very modern interpretation of how Santa manages to get around the whole world in one night. The characters are brilliant (there’s Steve, the Versace wearing elder brother, the retired, cantankerous Grandsanta and Briony The Elf – special skills include wrapping any gift with only three bits of sticky tape)! Just pure awesomeness!

There are so many variations of A Christmas Carol and randomly, this is one of the best! Growing up it was always My brother and I’s favourite and we had a tradition of saving it for Christmas Eve! Everybody knows the story…Miserly Scrooge is visited by three spirits – the ghosts of Christmases past, present and future. Over the course of one Christmas Eve, he is shown the error of his ways, emerging as kind and generous and full of Christmas spirit! Michael Cane makes the perfect Scrooge and Kermit & Miss Piggy as Bob & Mrs Kratchit is sheer genius! The music is what makes this film – I’m pretty sure my brother and I know all the words my heart!

I went to the cinema to watch this (the Lonsdale for all you Carlisle peeps) and vaguely recall not being impressed! It’s obviously a bit of a grower as its the first one I reach for when December hits and has spawned two sequels! It’s a very American tale of a high flying businessman who finds himself as the new Santa after knocking the old one off his roof! Much hilarity ensues as he finds himself slowly becoming Santa over the course of a year and having to deal with the inevitable fall out with his family who thinks he’s lost the plot!

For anyone born in the 80s, Home Alone was the definitive Christmas movie. Given that I was only a couple of years younger than Kevin when the film came out, everything he did just seemed hilarious! I vividly remember sitting in the cinema belly laughing at all the booby traps set for the hapless burglars! The music still has the power to take me right back to my childhood Christmases and I honestly think that the sequel is every bit as good if not better than the original (the least said about the third and fourth instalments the better)!

I honestly don’t remember a Christmas without  Love Actually and yet it’s not really that old! The critics all seem to hate this movie but I’m yet to come across anyone who doesn’t just think its the best thing EVER! There are so many perfect moments in this film – Hugh Grants Prime Minister dancing down the stairs, Emma Thomson silently sobbing as she realises her husband is having an affair, Andrew Lincoln declaring his love for Keira Knightley, Bill Nighy in pretty much every scene he’s in, the final All I Want For Christmas number…I could go on and on but I’ve got myself all fired up now and need to watch it immediately!

Elf On The Shelf – The Adventures Of Tuukka Tuukka DAY13